“This has been an incredible journey for Nikola Corporation. We started in our basement six years ago and now we are kicking off this 1 million-square-foot manufacturing facility,” said Trevor Milton, Nikola founder and executive chairman. “The residents of Coolidge will be a huge part of the Nikola story and without the help of Governor Ducey and the Arizona economic development teams, this project would not have been possible in Arizona. These next 12-months will be even more exciting as we see this facility go up and as we add more Arizonans to the Nikola team.”

Located off U.S. Highway 87 at east Houser Rd and Vail Rd, the future 4.0 designed facility will incorporate the latest technology to increase connectivity 24/7 throughout the building and equipment to optimize overall energy, productivity and quality.

“The reason our company exists is in support of a sustainable future so everything we do in our manufacturing process and our building site will be done to ensure the smallest environmental footprint possible while making the highest quality, high tech products that will impact the sustainability of the planet,” said Mark Duchesne, Nikola global head of manufacturing.

The first phase of construction is scheduled for completion in late 2021, with the second phase projected to be complete within the following 12-18 months. The U.S.-based facility represents a capital investment of approximately $600 million (USD) and will initially produce the Nikola Tre and Nikola Two. At full production, the facility will reach approximately 35,000 units annually, running two shifts. The first Nikola Tre trucks will be produced in Ulm, Germany with partner IVECO, followed shortly after by our Coolidge facility.

After an 18-month national site search of various locations around the United States, led by Tom Stringer at BDO and Saint Holdings, Nikola selected Coolidge for its outstanding industrial infrastructure within the region. The decision was also further solidified by the tireless support of the state, county and city, as well as the breadth of talent, year-round sunshine conducive to renewable energy, and the infrastructure available to scale with the ambitious plans and growth trajectory Nikola has set forth.

“Arizona is the best state in the nation for cutting-edge companies to make their mark,” said Governor Ducey. “Nikola’s new plant in Coolidge will produce its zero-emissions Class 8 semi-trucks and create thousands of new jobs. Congratulations to the Nikola team on breaking ground and I look forward to the continued success.”

“Nikola Corporation will be a welcomed addition to Coolidge providing thousands of jobs while manufacturing environmentally friendly vehicles,” said Coolidge Mayor Jon Thompson. “We’re proud to be a part of this history paving future in transportation.”

ABOUT NIKOLA CORPORATION
Nikola Corporation is globally transforming the transportation industry. As a designer and manufacturer of zero-emission battery-electric and hydrogen-electric vehicles, electric vehicle drivetrains, vehicle components, energy storage systems, and hydrogen station infrastructure, Nikola is driven to revolutionize the economic and environmental impact of commerce as we know it today. Founded in 2015, Nikola Corporation is headquartered in Phoenix, Arizona. For more information, visit nikolamotor.com or Twitter @nikolamotor.

FORWARD LOOKING STATEMENTS: Certain statements included in this press release that are not historical facts are forward-looking statements for purposes of the safe harbor provisions under the Private Securities Litigation Reform Act of 1995. Forward-looking statements generally are accompanied by words such as "believe," "may," "will," "estimate," "continue," "anticipate," "intend," "expect," "should," "would," "plan," "predict," "potential," "seem," "seek," "future," "outlook," and similar expressions that predict or indicate future events or trends or that are not statements of historical matters. These forward-looking statements include, but are not limited to, statements regarding the company’s expectations regarding the timeline of construction and employment numbers related to the proposed manufacturing facilities; the company’s expectations for its trucks and hydrogen fuel-cell network; market acceptance of hydrogen fuel solutions; and market opportunity. These statements are based on various assumptions, whether or not identified in this press release, and on the current expectations of Nikola's management and are not predictions of actual performance. Forward-looking statements are subject to a number of risks and uncertainties that could cause actual results to differ materially from the forward-looking statements, including but not limited to general economic, financial, legal, political and business conditions and changes in domestic and foreign markets; the potential effects of COVID-19; the outcome of judicial proceedings to which Nikola is, or may become a party; failure to realize the anticipated benefits of the recently completed business combination; the conversion of preorders into binding orders; risks related to the rollout of Nikola's business and the timing of expected business milestones; the effects of competition on Nikola's future business; the availability of capital; and the other risks discussed under the heading "Risk Factors" in the definitive proxy statement/prospectus/information statement filed by VectoIQ on May 8, 2020 and other documents Nikola files with the SEC. If any of these risks materialize or our assumptions prove incorrect, actual results could differ materially from the results implied by these forward-looking statements. These forward-looking statements speak only as of the date hereof and Nikola specifically disclaims any obligation to update these forward-looking statements. 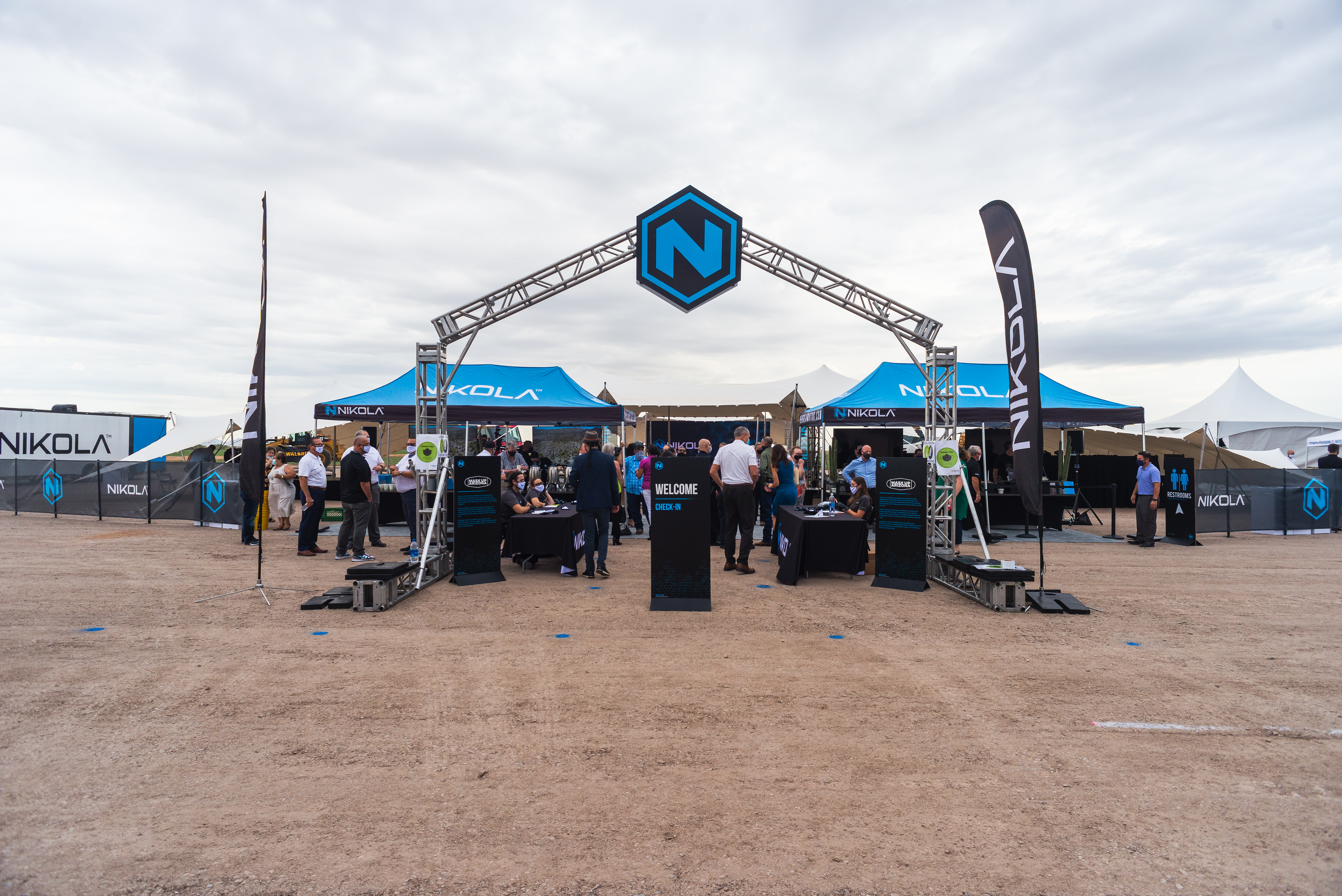 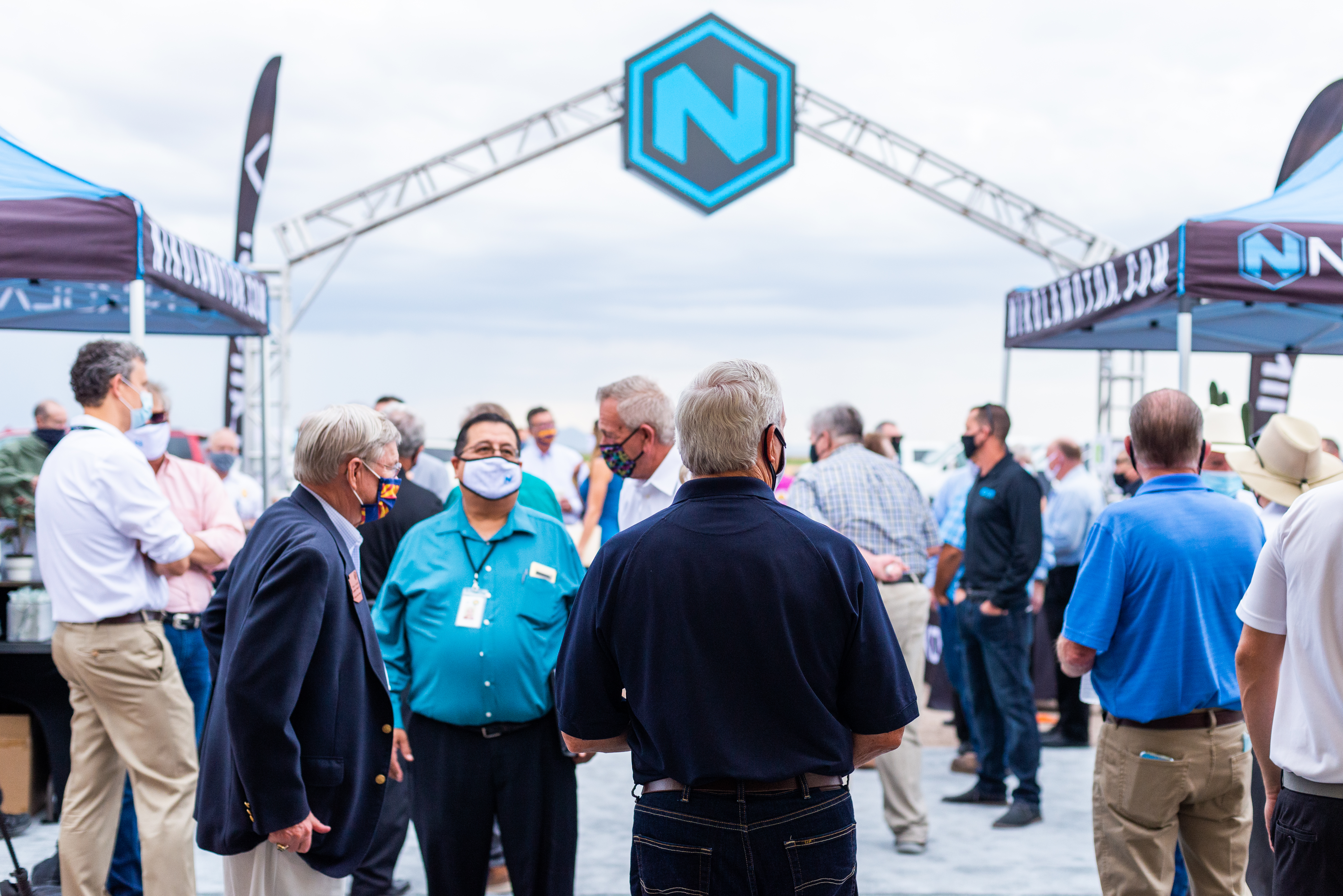 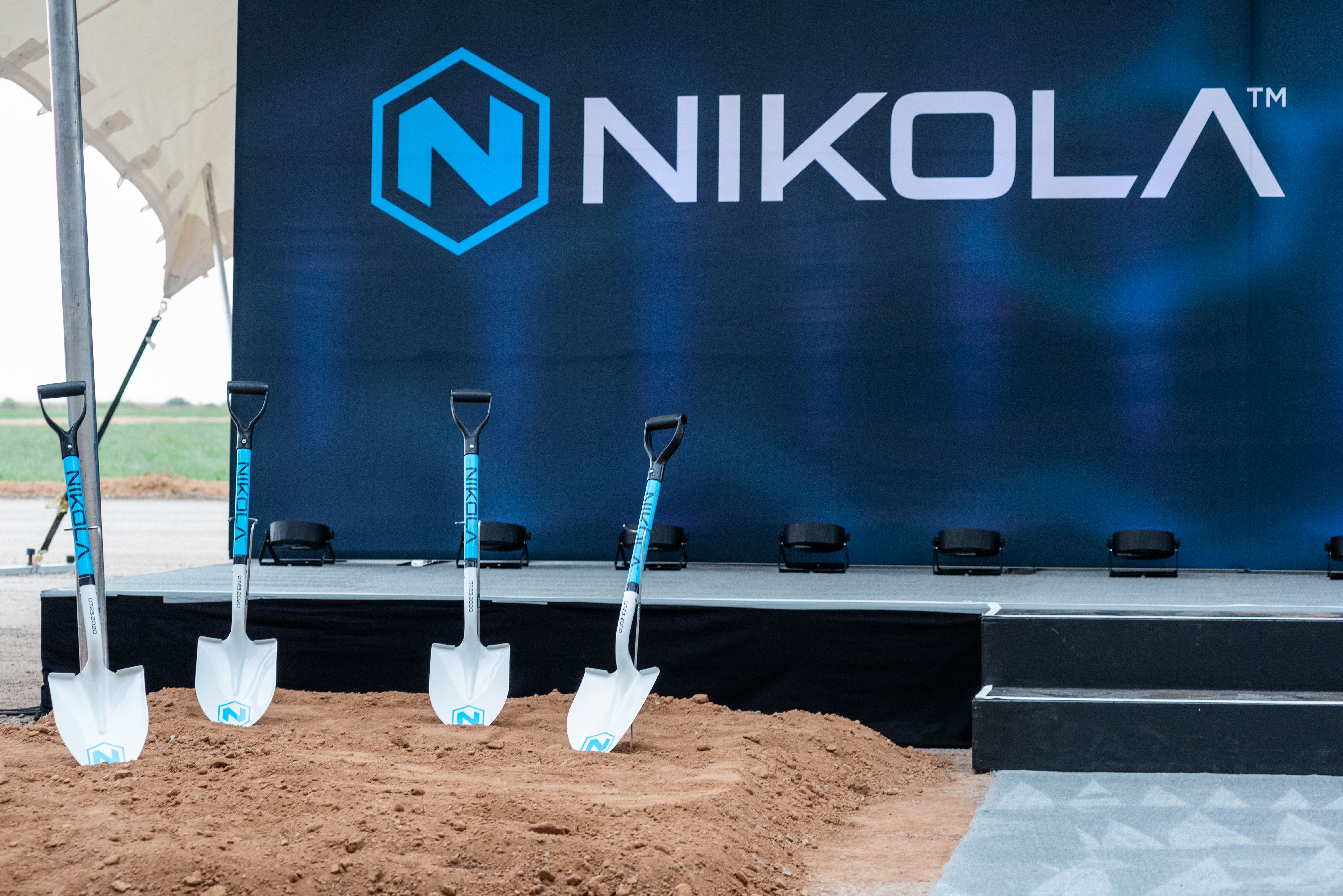 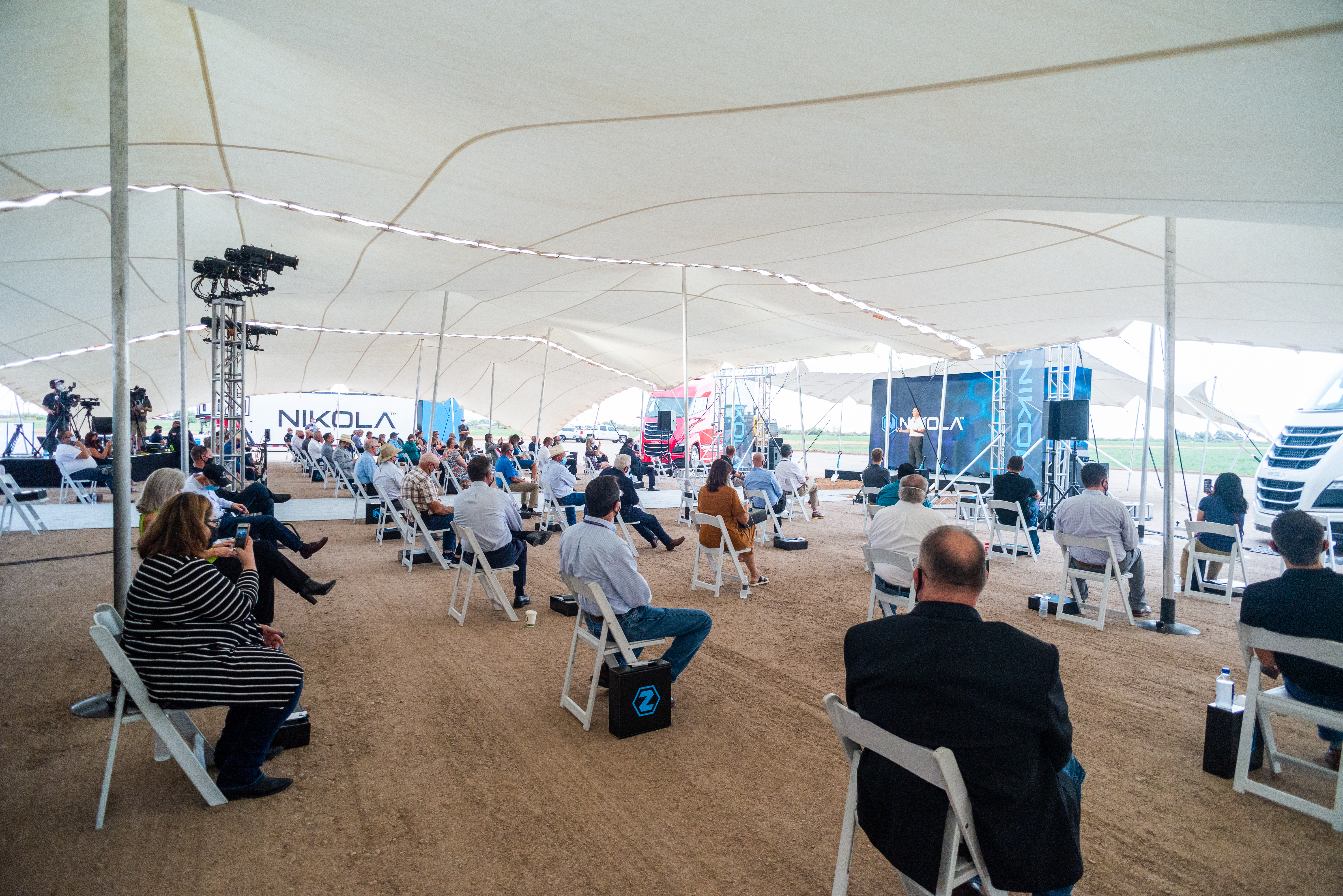 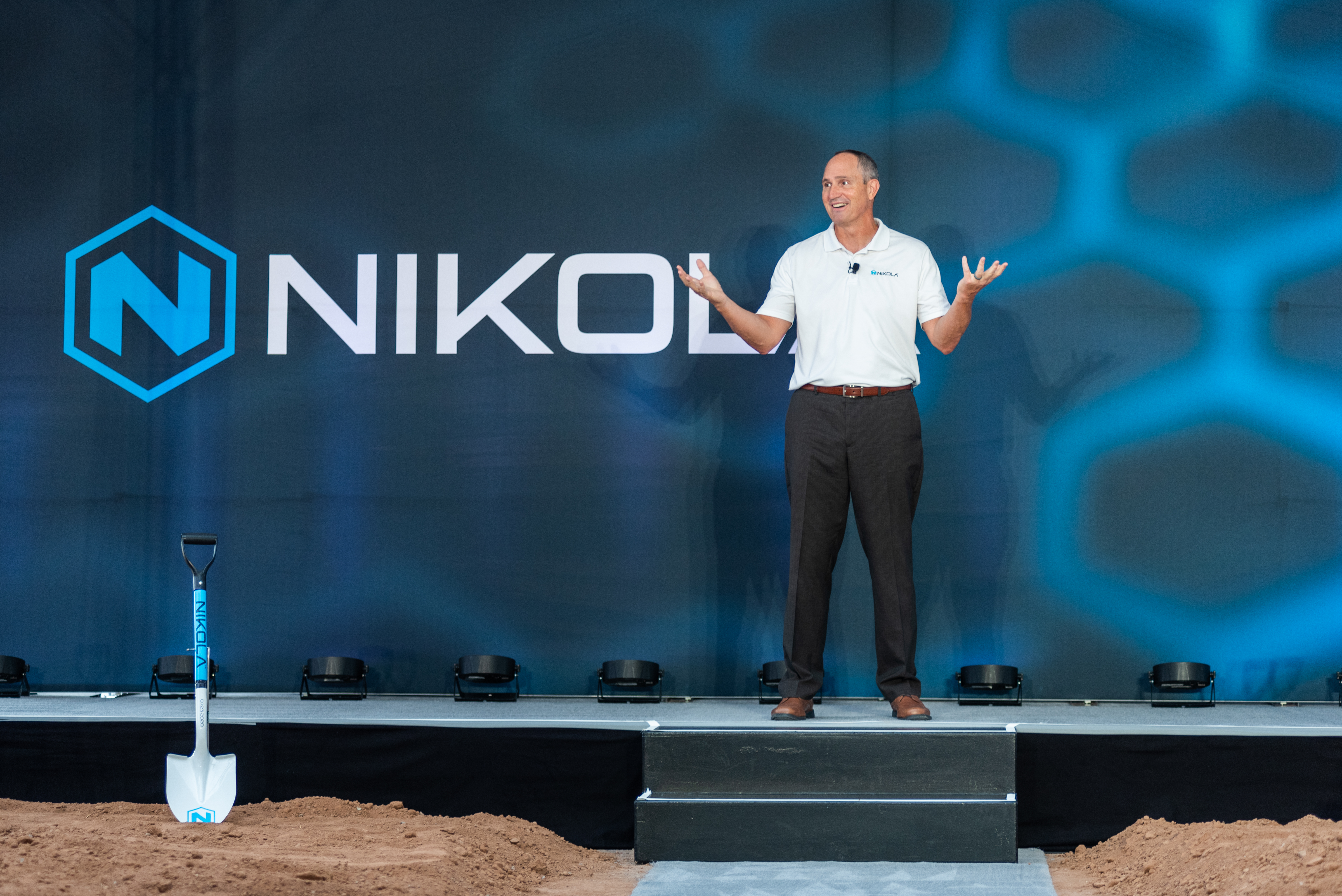 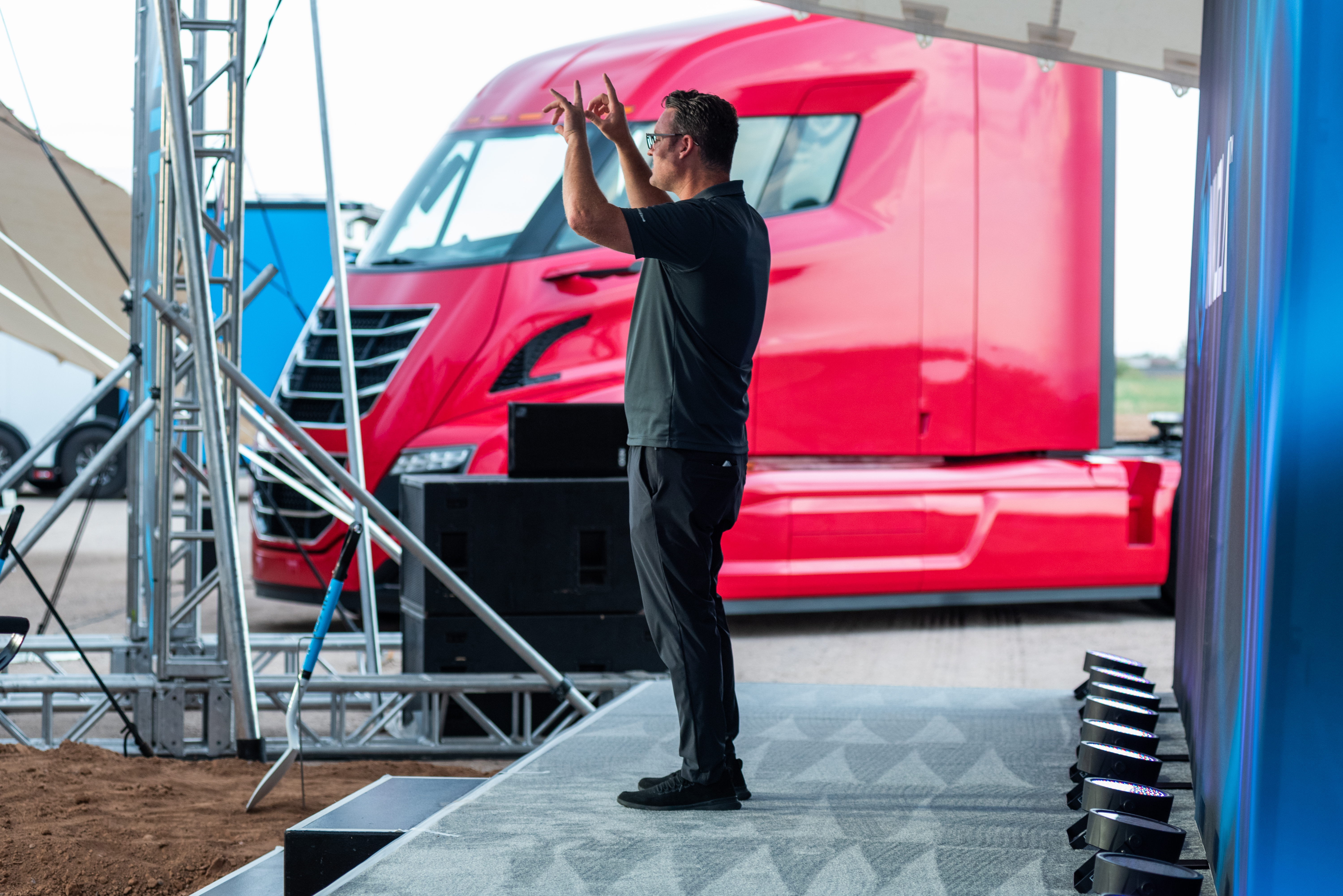 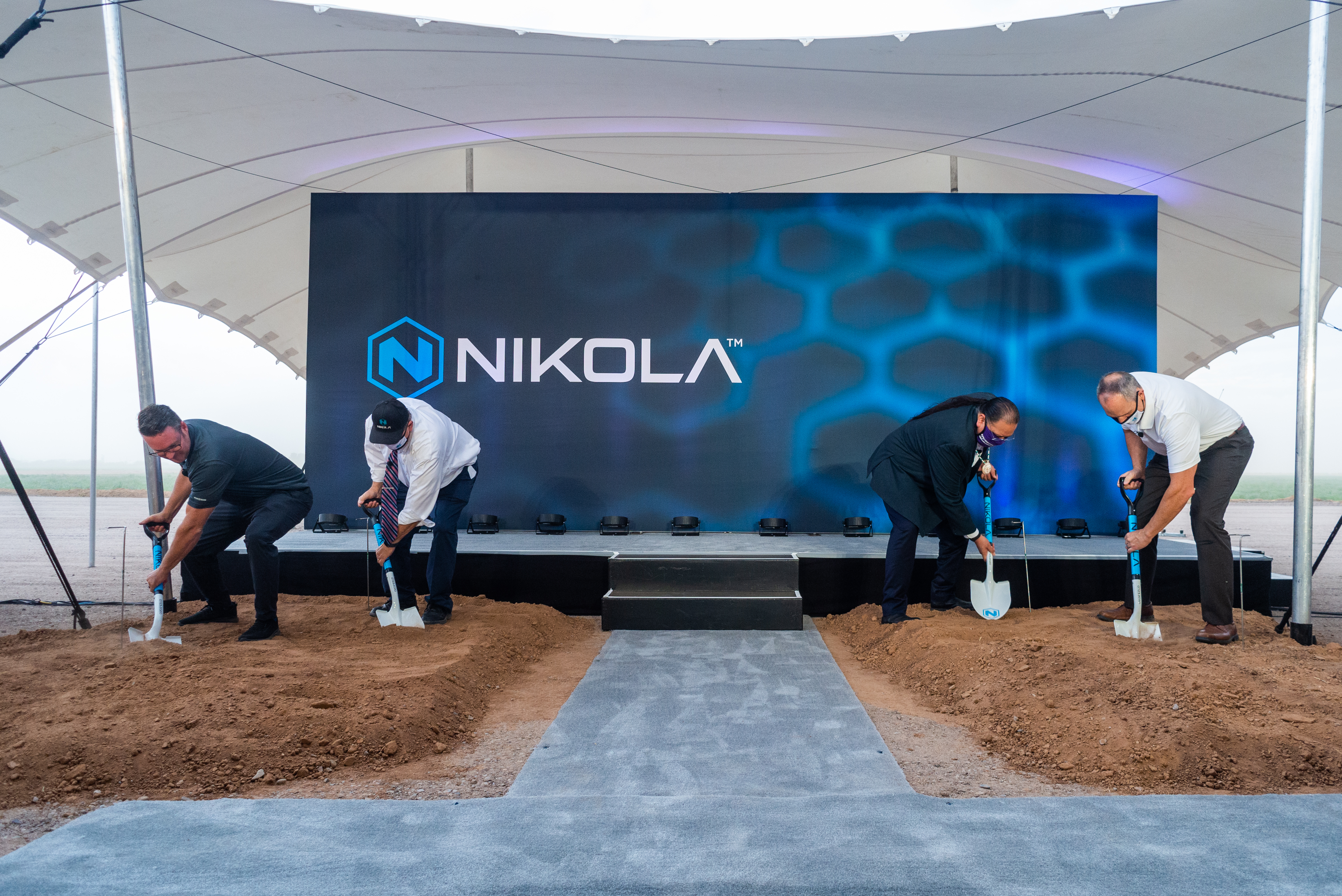