“During the third quarter we continued to produce and deliver Nikola Tre BEVs to dealers and customers,” said Nikola President, Michael Lohscheller. “We also made significant advancements in developing our energy business, announcing our intent to develop access of up to 300 metric-tons per day of hydrogen and up to 60 stations by 2026, and our collaboration with E.ON in Europe.”

Energy Business Announcements
On October 20, we announced our intent to develop access of up to 300 metric-tons per day (TPD) of hydrogen and up to 60 dispensing stations by 2026, and highlighted the potential benefits to our business model from the Inflation Reduction Act. This supply is expected to be supported by the previously announced projects referenced below, which are being developed with our partners.

We are negotiating a robust portfolio of hydrogen supply opportunities across North America. Further details will be provided following execution.

On September 29, we acquired a parcel of land in Buckeye, AZ with the intent to build a hydrogen production hub with our partners. We are undergoing zoning and permitting requirements and have ordered long lead-time equipment including electrolyzers and liquefaction equipment.

On August 4, we announced the locations of three hydrogen dispensing stations in California. The stations will be located in Colton, Ontario, and a location servicing the Port of Long Beach. California is a launch market for Nikola and these stations intend to support key customers to help advance the state’s efforts to decarbonize the transport sector.

On September 16, we announced our collaboration with E.ON with the objective to establish hydrogen supply and related infrastructure to meet the demand of customers in Europe. E.ON is one of Europe’s largest operators of energy networks and energy infrastructure. The strategic partnership is expected to offer customers an integrated mobility solution to promote the use of hydrogen. Both parties have signed a term sheet to underpin the collaboration and will be negotiating a definitive agreement to finalize the terms.

Strong Showing at IAA
On September 19, as a part of our joint venture with Iveco Group, we revealed our European version of the Tre BEV and FCEV beta on the IAA main stage. There was a high level of interest in our FCEVs, which we believe further validates our business plan and the role we will play in the global transition to the hydrogen economy. We plan to begin production of EU version Tre BEVs in the second half of 2023, and EU version Tre FCEVs in the first half of 2024.

Tre FCEV Update
During the third quarter, we continued our FCEV pilot with TTSI and began pilot testing with Walmart. To date the trucks have logged over 9,700 and 5,500 miles respectively. In Q3 we completed six beta trucks. Development testing on the beta trucks has begun at various locations. We expect to complete 17 beta trucks for the full year by the end of Q4.

Tre BEV Update
During the third quarter, we produced 75 Nikola Tre BEVs delivering 63 of those to dealers. We began pilot testing with both SAIA and Walmart logging over 1,600 miles and 2,700 miles to date, respectively. On November 2, we announced Zeem Solutions executed a Purchase Order for 100 Nikola Tre BEVs.

Coolidge, Arizona Manufacturing Facility
In Coolidge, we are currently producing three trucks on one shift and have the capability to produce five trucks per shift. We remain on track to complete the Phase 2 assembly expansion by the end of Q1 2023, at which time our production capacity will be up to 20,000 units per year. Upon completion of Phase 2, the facility will be capable of producing the BEV and FCEV on the same line, in addition to the Bosch Fuel Cell Power Module.

Webcast and Conference Call Information
Nikola will host a webcast to discuss its third quarter results at 6:30 a.m. Pacific Time (9:30 a.m. Eastern Time) on November 3, 2022. To access the webcast, parties in the United States should follow this link: https://www.webcast-eqs.com/register/nikola20221103/en.

About Nikola Corporation
Nikola Corporation is globally transforming the transportation industry. As a designer and manufacturer of zero-emission battery-electric and hydrogen-electric vehicles, electric vehicle drivetrains, vehicle components, energy storage systems, and hydrogen station infrastructure, Nikola is driven to revolutionize the economic and environmental impact of commerce as we know it today. Founded in 2015, Nikola Corporation is headquartered in Phoenix, Arizona. For more information, visit our website or Twitter @nikolamotor.

Forward-Looking Statements
This press release contains certain forward-looking statements within the meaning of federal securities laws with respect to Nikola Corporation (the "Company"), including statements relating to the Company's future performance and milestones; expected timing of manufacturing facility expansion and production capacity; expectations regarding hydrogen dispensing stations, hydrogen capacity, our joint ventures, and our pilot programs; timing of completion of testing, production, as well as other milestones; the Company’s business outlook; and terms and potential benefits of planned collaborations with strategic partners. These forward-looking statements generally are identified by words such as "believe," "project," "expect," "anticipate," "estimate," "intend," "strategy," "future," "opportunity," "plan," "may," "should," "will," "would," and similar expressions. Forward-looking statements are predictions, projections, and other statements about future events based on current expectations and assumptions and, as a result, are subject to risks and uncertainties. Many factors could cause actual future events to differ materially from the forward-looking statements in this press release, including but not limited to: design and manufacturing changes and delays, including global shortages in parts and materials; general economic, financial, legal, regulatory, political and business conditions and changes in domestic and foreign markets; the effects of inflation and COVID-19; the outcome of legal, regulatory and judicial proceedings to which the Company or Romeo is, or may become a party; demand for and customer acceptance of the Company’s trucks; the results of customer pilot testing; the execution and terms of definitive agreements; risks associated with development and testing of fuel-cell power modules and hydrogen storage systems; risks related to the rollout of the Company’s business and the timing of expected business milestones; the effects of competition on the Company’s business; the availability of and need for capital; the impact of our recent- acquisition of Romeo; and the factors, risks and uncertainties regarding the Company's business described in the "Risk Factors" section of the Company's quarterly report on Form 10-Q for the quarter ended June 30, 2022 filed with the SEC, in addition to the Company's subsequent filings with the SEC. These filings identify and address other important risks and uncertainties that could cause the Company's actual events and results to differ materially from those contained in the forward-looking statements. Forward-looking statements speak only as of the date they are made. Readers are cautioned not to put undue reliance on forward-looking statements, and, except as required by law, the Company assumes no obligation and does not intend to update or revise these forward-looking statements, whether as a result of new information, future events, or otherwise. 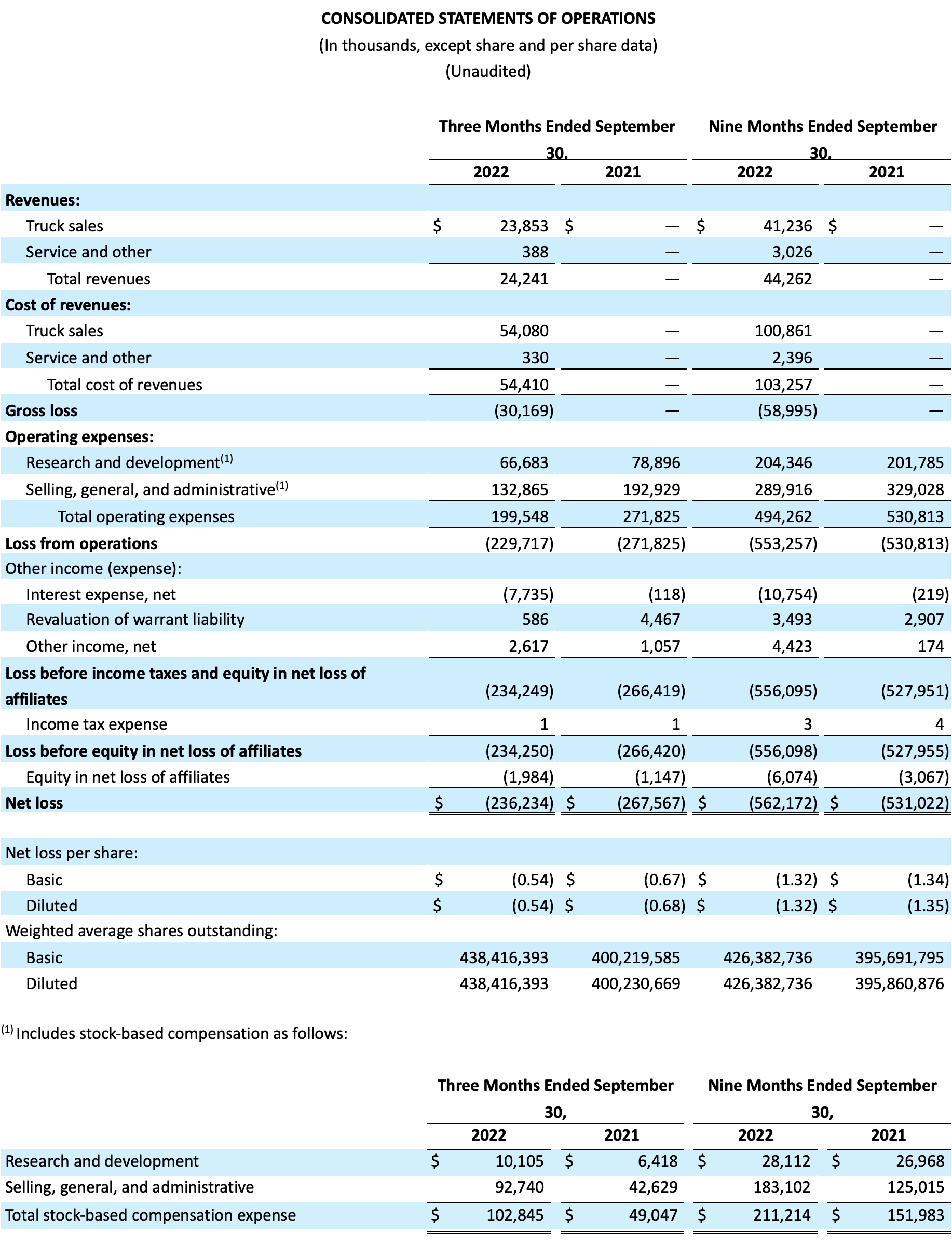 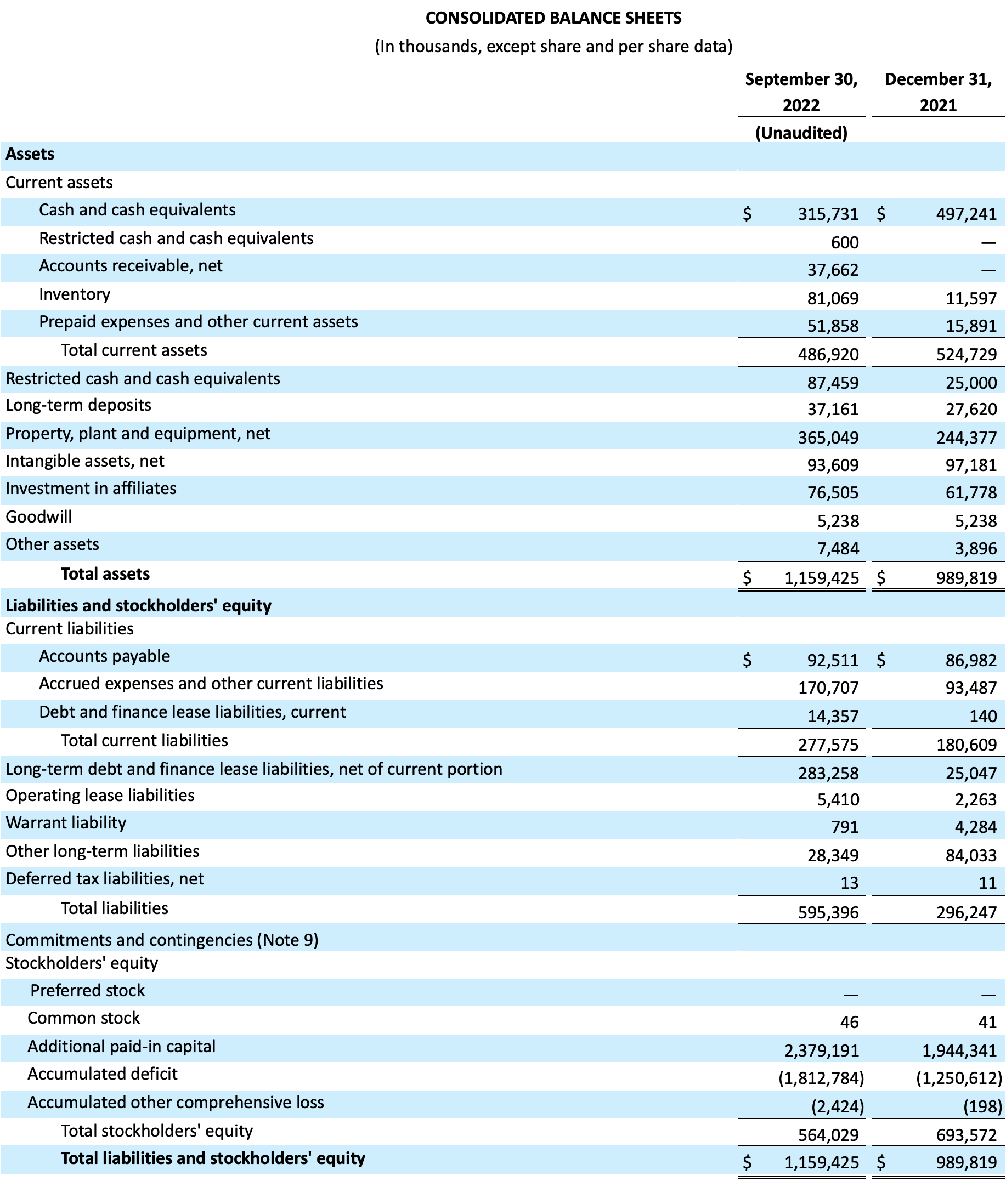 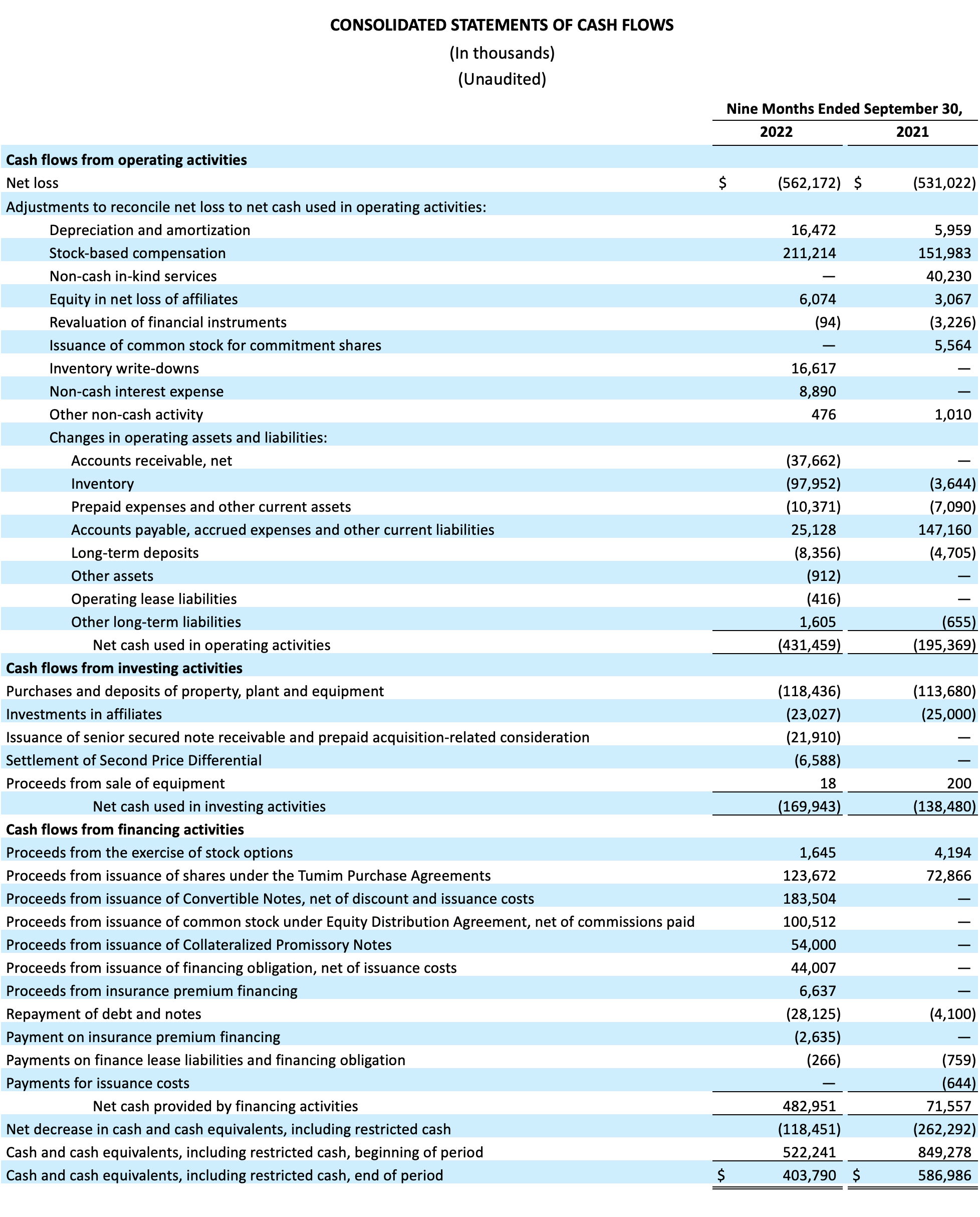 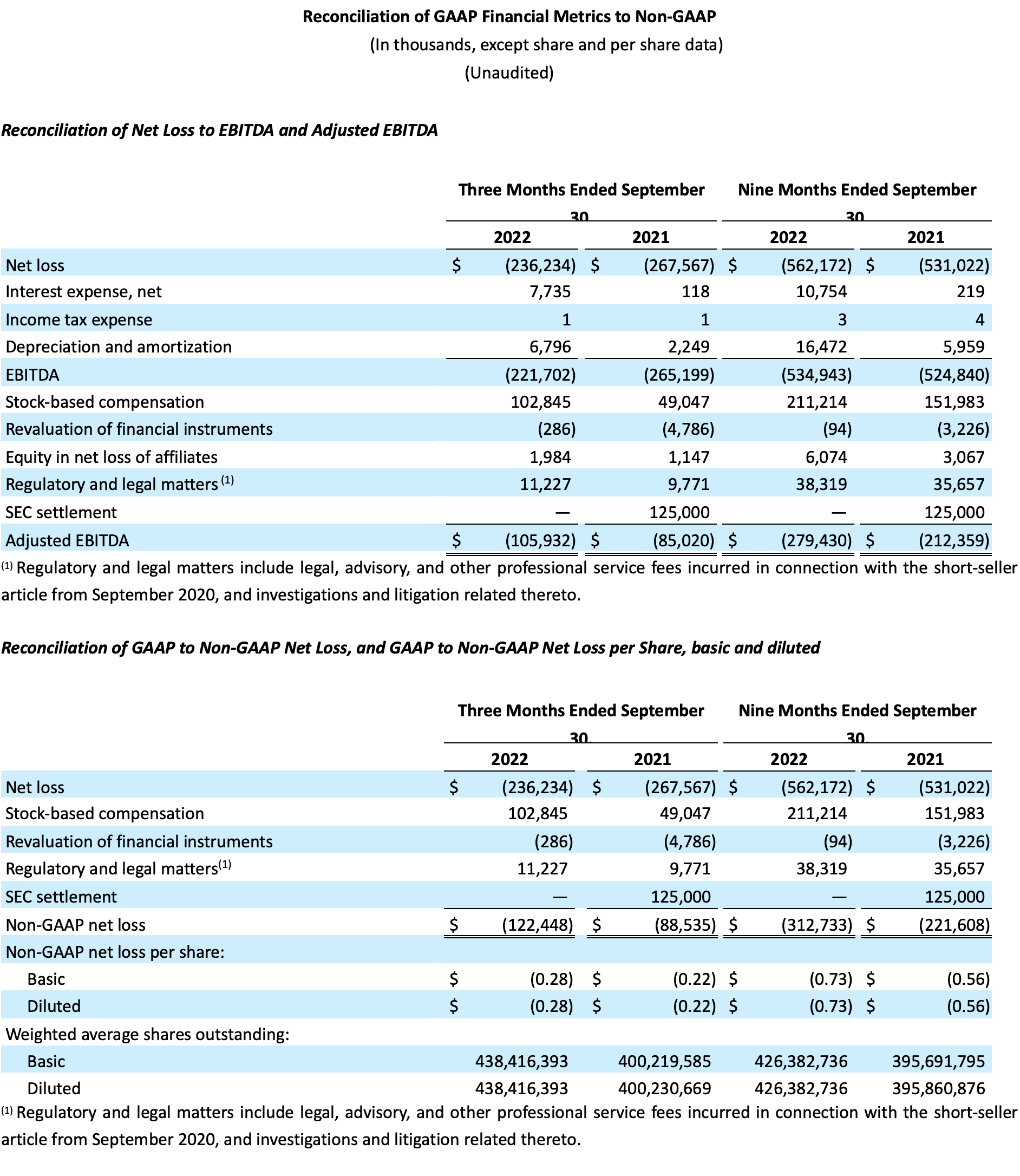