Over 2,000 jobs welcomed by Governor Ducey

PHOENIX, AZ (January 30, 2018) -- Arizona Governor Doug Ducey and Nikola Motor Company today announced the company has selected Buckeye, Arizona for its Nikola Motor Company hydrogen-electric semi-truck manufacturing headquarters facility. The new 500 acre, one million square foot facility will be located on the west side of Phoenix and will bring more than $1 billion in capital investment to the region by 2024.

“After 12 months, nine states and 30 site locations, Arizona, Governor Ducey, Sandra Watson and Chris Camacho were the clear front runners. Arizona has the workforce to support our growth and a governor that was an entrepreneur himself. They understood what 2,000 jobs would mean to their cities and state,” said Trevor Milton, CEO and founder, Nikola Motor Company. “We will begin transferring our R&D and headquarters to Arizona immediately and hope to have the transition completed by October 2018. We have already begun planning the construction for our new zero emission manufacturing facility in Buckeye, which we expect to have underway by the end of 2019.”

“Nikola Motor Company’s selection of Arizona demonstrates that we are leading the charge when it comes to attracting innovative, industry-disrupting companies,” said Governor Ducey. “This incredible new technology will revolutionize transportation, and we’re very proud it will be engineered right here in Arizona. I thank Nikola’s CEO Trevor Milton and his entire team for this significant investment in our state.”

Development of the one-million square foot manufacturing plant on a 500-acre parcel at Sun Valley Parkway and the future Wintersburg Parkway is projected to begin by the end of 2019. The site is at one of the entrances to Douglas Ranch/Trillium, a new master planned community being developed by El Dorado Holdings and JDM Partners; this community is projected to ultimately be home to more than 300,000 residents.

“I’ve worked on many economic development issues in my career, but being part of this team that brings Nikola Motors to Arizona is very satisfying,” said Mike Ingram, Founder & Chairman of El Dorado Partners. “We look forward to announcing additional partners who will join Nikola at Douglas Ranch in the near future as we start to build momentum and unlock its full economic power.”

“Conceived as the prototype “Smart City," Trillium at Douglas Ranch aligns well with Nikola Motors groundbreaking technology,” said Jerry Colangelo, Co-Founder & Partner with David Eaton and Mel Shultz of JDM Partners. “We look forward to working with everyone here to bring Nikola’s innovative products and their 2,000 professionals into this city of the future, creating a tremendous economic opportunity for Arizona.”

“This is a great day not only for Arizona, but for Buckeye residents,” said Buckeye Mayor Jackie Meck, a Buckeye native and one of its elected officials for more than 20 years. “As the seventh fastest growing city in the country, Nikola Motor Company is a huge asset which will help us achieve our goal of providing a place where Buckeye residents can live, work and play. Additionally, I wish to thank our partners, El Dorado Holdings, Inc. and JDM Partners from Douglas Ranch/Trillium, who were instrumental in putting this deal together. I look forward to continued success together.”

“It was an absolute honor to help bring together a great company and a great state,” said Tom Stringer, BDO’s Managing Director and Practice Leader for Site Selection and Incentives. Nikola is poised to implement revolutionary solutions to energy independence and environmental sustainability across the transportation spectrums, while Arizona is the perfect partner-location focused on building the energy and tech industries of the future.”

“Arizona continues to prove that our talent, operating environment and quality of life are exactly what business leaders are seeking,” said Sandra Watson, Arizona Commerce Authority President & CEO. “The Nikola Motor Company project will be transformative for the West Valley and further advances Arizona’s leadership position in the innovation economy. I thank the Nikola team for their commitment to our state, as well Governor Ducey for his leadership and our many partners who helped make this project a reality.”

“The Greater Phoenix region is elevating its brand as a hub for innovation, and companies such as Nikola have taken notice,” said Chris Camacho, president & CEO of the Greater Phoenix Economic Council. “There were a number of factors that made the region stand out, including a large, skilled talent pipeline that will fulfill the manufacturing and R&D jobs Nikola is adding to the market. I want to thank Buckeye Mayor Meck and his team, as well as our partners at the state, and the Maricopa County Board of Supervisors. I look forward to seeing Nikola’s growth in Greater Phoenix.” 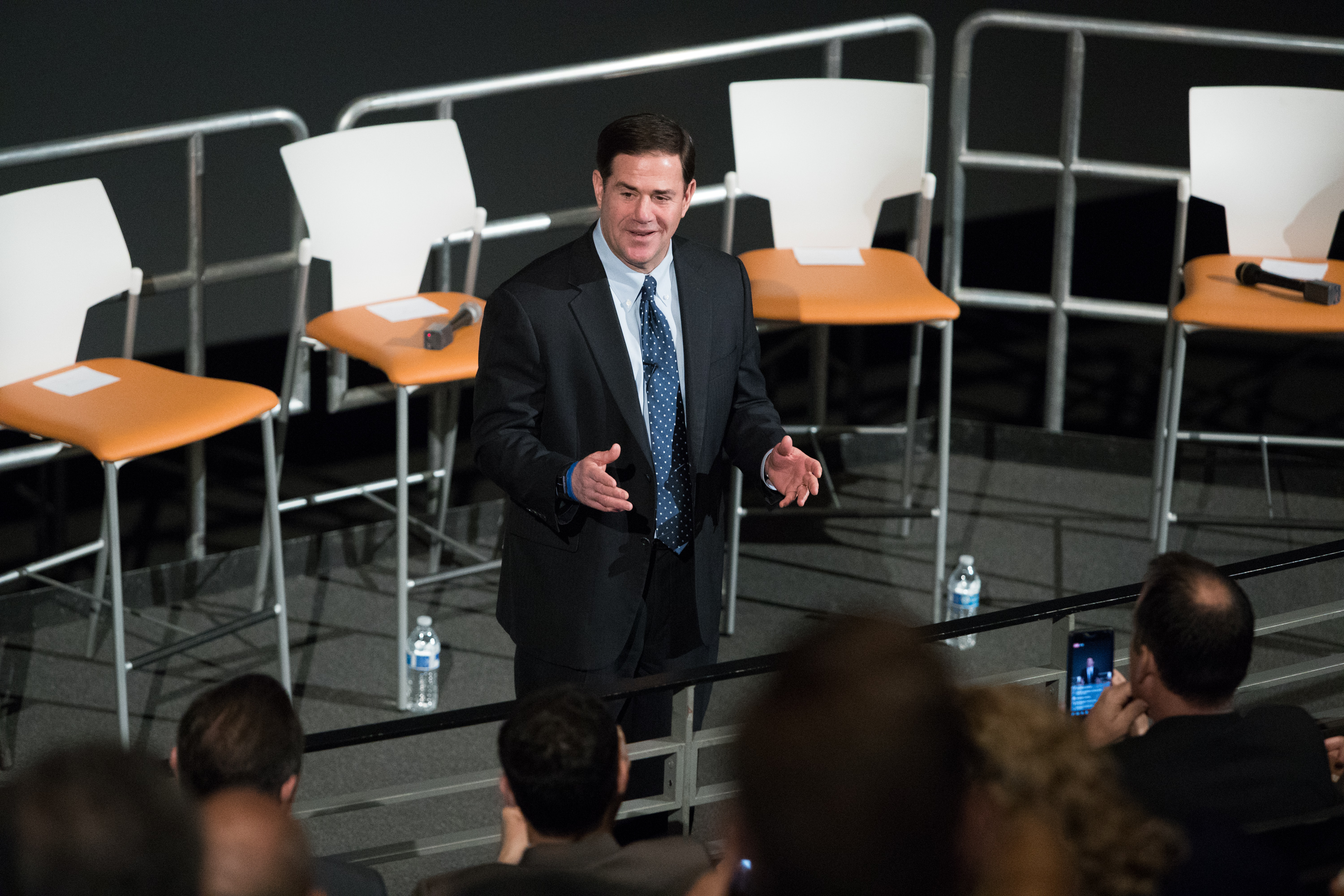 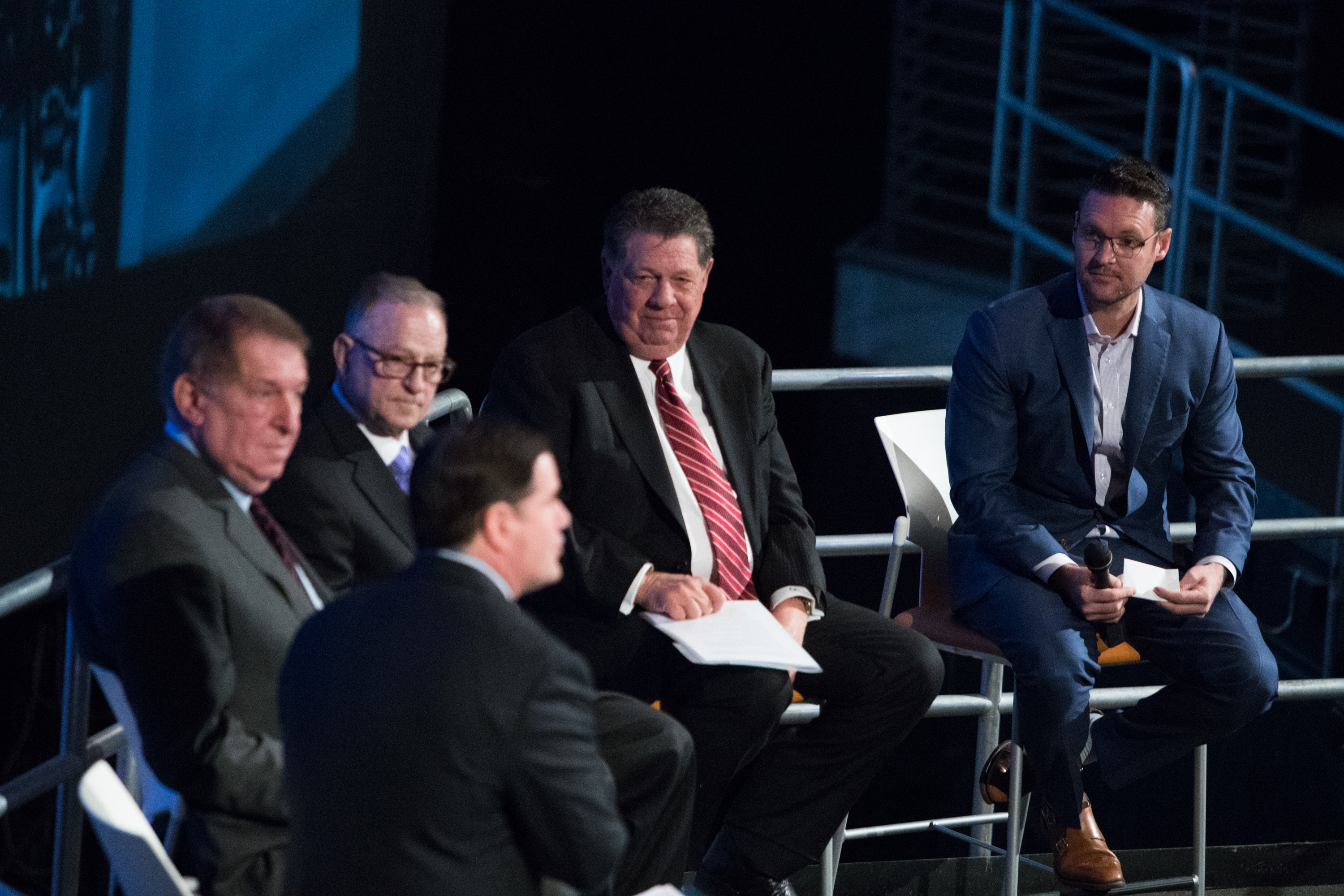 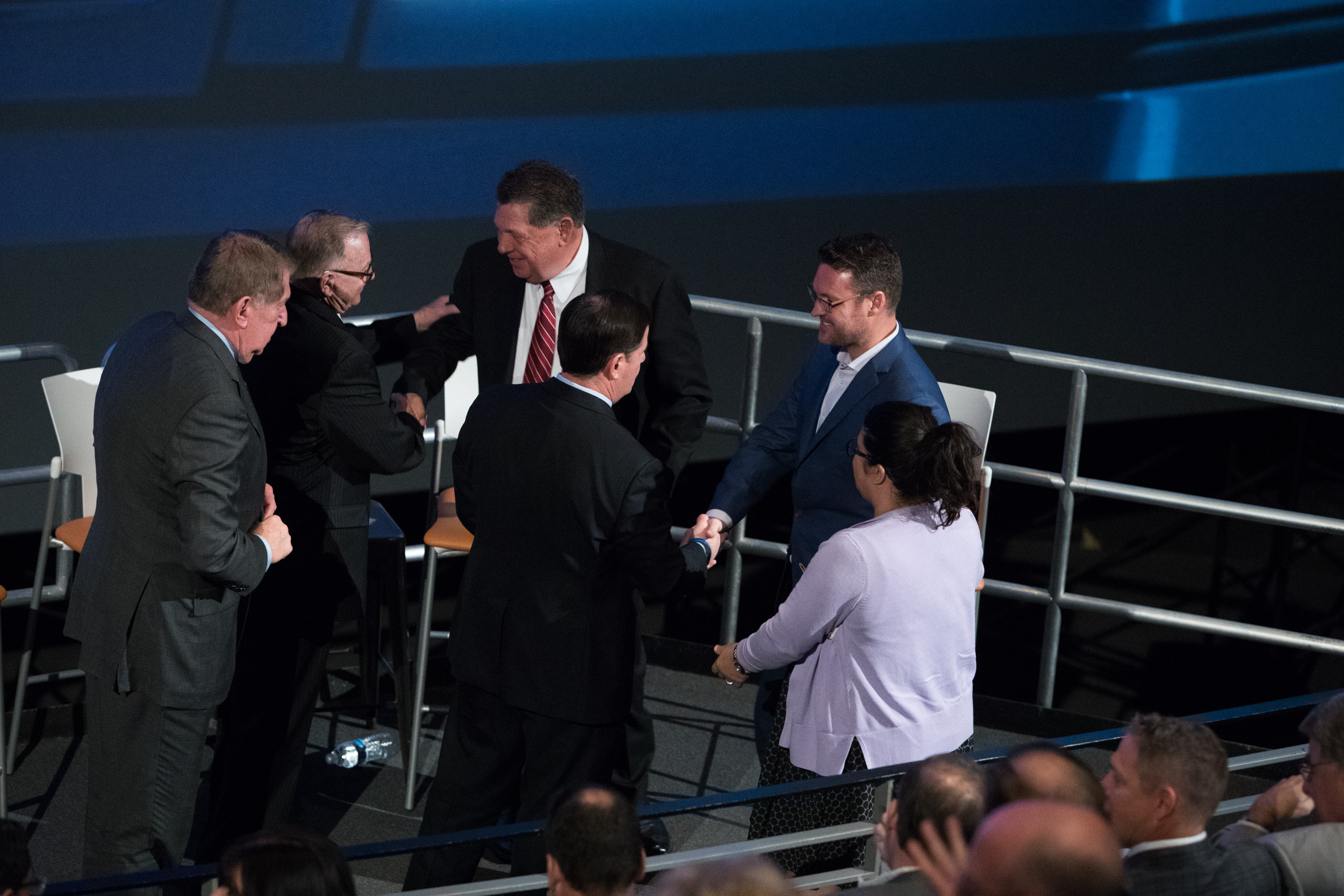 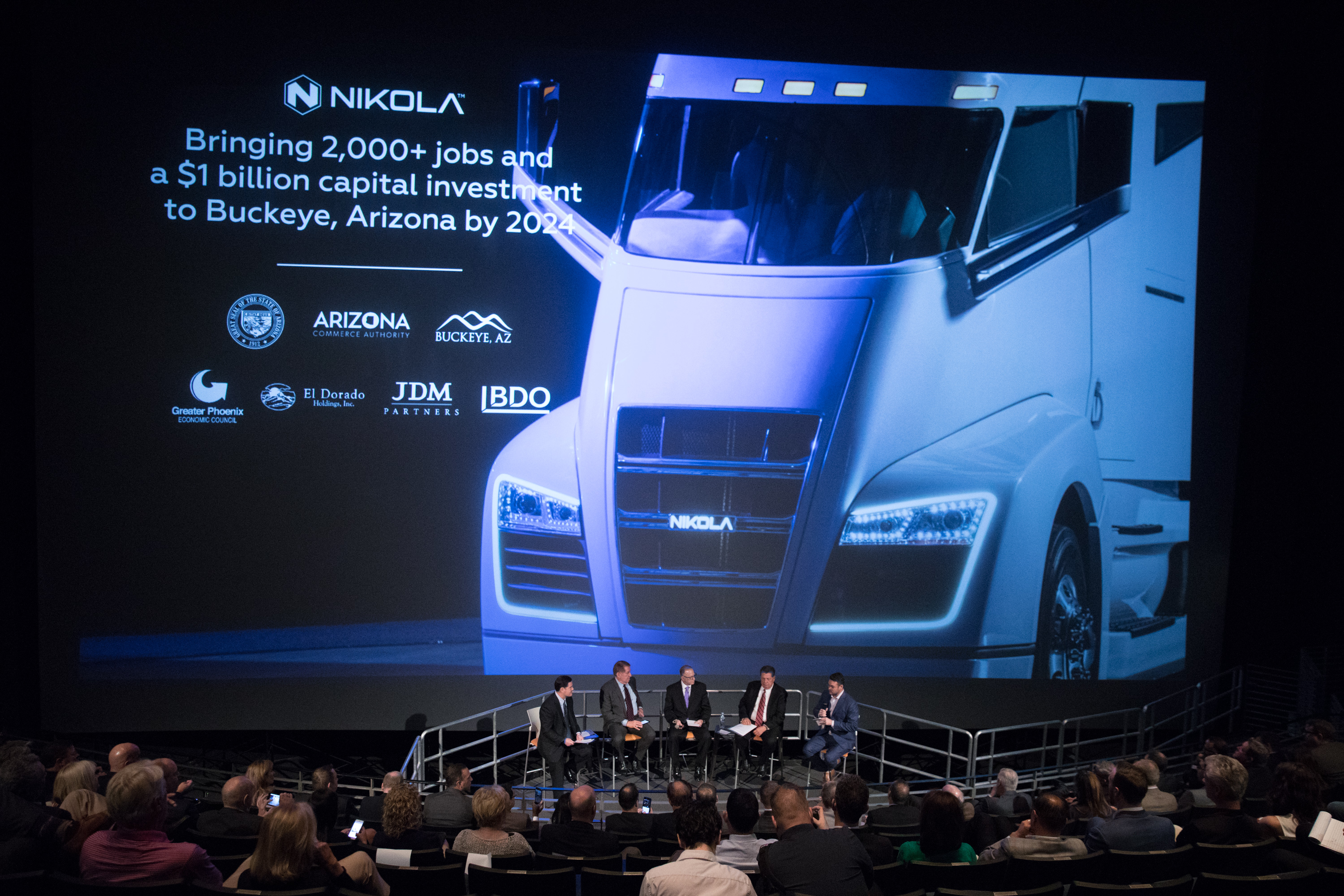 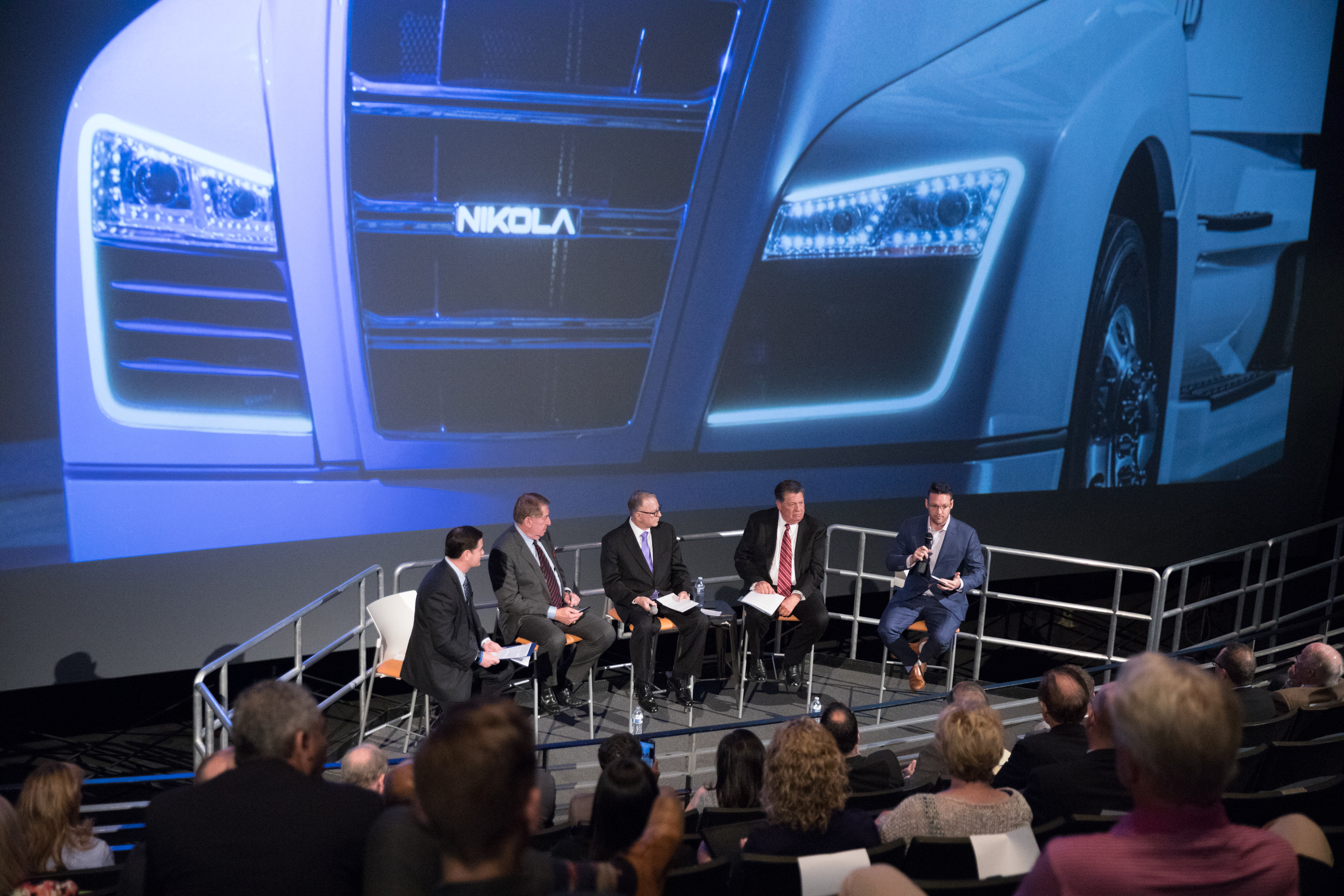 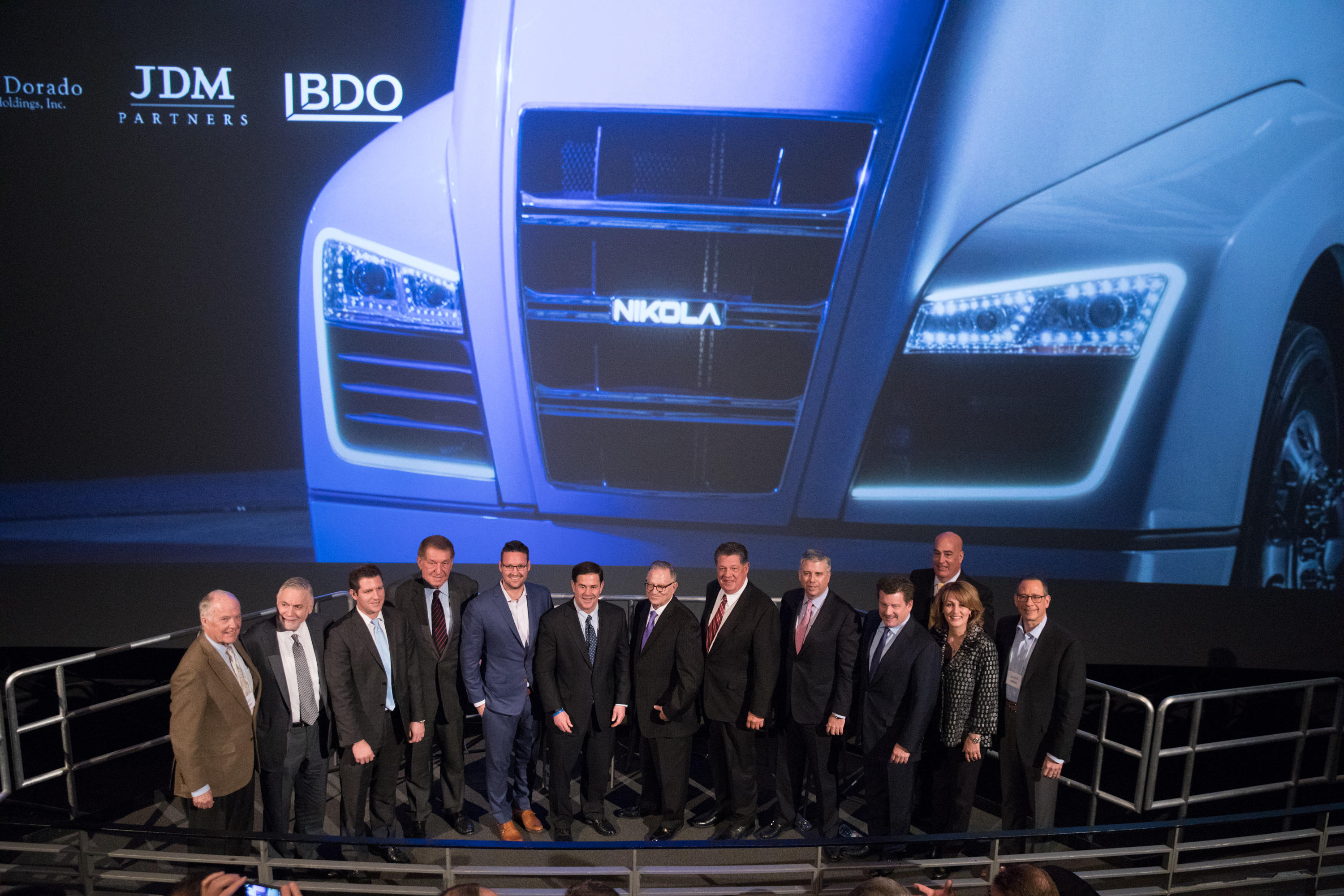